Master the Art of the Soft Transfer for Qualified Leads

As your sales reps take on the front lines of selling, who’s doing your lead qualification? Think about this when you sign up for a live transfer service. Inbound “sales” calls potentially can convert ten times better than clicks, but are you sure that you’re getting highly qualified leads that your reps can act on? Or are you buying a glorified answering service?
Published in:
Lead Qualification
Read More...

As the year comes to a close, we doubt that you will be sorry to say goodbye to 2020. It’s been a challenging year for all of us, with more than a few surprises along the way. Even so, once the dust settles and we’re well-entrenched in 2021, could we look back and see the year from hell as a blessing in disguise?
Published in:
Lead Qualification
Read More...

Every sales representative wishes for a bluebird—that fabulous sales opportunity that out of the blue drops into their lap. But the reality is that most leads require a lot of time and effort before the sale is closed.
Published in:
Lead Qualification
Read More...

Add Rhythm to Your Sales: How to Build and Manage Sales Cadences 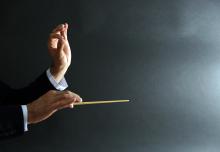 Artist Vincent Van Gogh once said, “Great things are not done by impulse, but by a series of small things brought together.” Just as the artist transforms a series of brush strokes into a painting, so too a sales rep should turn a series of activi

Is Your Sales Data Clean Enough for a Machine-Learning World?

We all want the best from our inside sales and B2B telemarketing teams. They are, after all, on our front lines — often the first people to connect with our prospective customers.

How to Create a B2B Sales Process that Works Like Clockwork 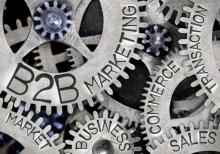 Entrepreneur and motivational speaker Jim Rohn once said, “Motivation is what gets you started. Habit is what keeps you going.” An ideal way to develop good selling habits is to build a B2B sales process that incorporates your best practices.

A sales process makes your best efforts more consistent. It can take the guesswork out of your next step. And it lets everyone on your team know what to expect and how to respond.

Not to be confused with your sales methodology (or approach to selling), a sales process gives you a series of actionable steps and contingency plans for moving a prospect through the buying process as efficiently and effectively as possible. When well designed and strictly followed, your sales process can help:

If you don’t have a B2B sales process, then you’re trusting your instincts and are unlikely to produce predictable and optimum results. By comparison, companies that adhere to a well-defined sales process are 33% more likely to be among the high performers.

If you know someone who calls himself an “Apple fanboy” or have a friend who is rabidly loyal to Pepsi, then you’ve seen the power of emotional branding.

As consumers, we’re used to companies playing on our emotions to sell us everything from toothpaste to beer to smartphones. But have you ever stopped to consider that the same people who believe that sparkling white teeth will make them more attractive are also buying software, office equipment and business insurance? Every article on B2B sales discusses the need to establish trust, build relationships and increase customer lifetime value. But how do you get there?

The Guide to Increasing Your B2B Customer Lifetime Value

Customers will leave you. It’s a fact of business. But while we accept that customers leave, we don’t have to be complacent about it. Instead, we should fight with all we have to retain customers and build a long, happy, mutually profitable relationship. For one thing, satisfied customers tell their friends. What’s more, angry customers tell everyone who will listen. More importantly, your existing customers are the lifeblood of your business. And the longer they remain your customers, the greater their impact on your bottom line.

It’s true. Your existing customers who continue to buy will spend almost 70% more than new customers. According to Bain & Company research, just a 5% increase in customer retention can boost your profits by 25% or more. 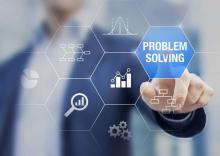 Sales strategies and tactics come and go like the flavor of the month. What’s trending now may be soon forgotten.

And yet, one thing doesn’t change: Customers have problems and needs, and sellers have products and services that can help them.

All sales strategies are designed to bring the two sides together. Whether it’s called solution selling, relationship marketing, SPIN selling, Challenger Sales or consultative selling, the common denominator is finding a solution to the customer’s business problems.

As a 1992 article in Fortune Magazine explained, “the hotshot sales rep of this decade will be a facilitator, not a pitchman, an expert on the customer’s total business who coordinates with colleagues to make buying easy and efficient.”

That was before the Internet changed everything.