What are the most effective B2B lead generation tactics? How about social media, content marketing and search engine optimization?

These shiny new tactics have their place, but according to research depicted in the chart, they pale in comparison to some good old-fashioned tactics. Ranking in the first, second and third spots for B2B lead generation are inside sales, executive events and telemarketing.

Channel Partner Marketing: How to Support Partners and Increase Your Revenues

Whether you’re a Fortune 500 wanting to expand your sales force without increasing the number of direct sales reps on staff, an early-stage company looking to reach new vertical markets and locations or a startup trying to avoid the overhead costs associated with an in-house sales force, channel partners can help. These independent, third-party businesses can bring added value to your business and increase your revenues while they grow their own businesses selling your products and services.

Today, if you want to increase your revenues, you need to collaborate with your channel partners to make their jobs easier. After all, you’re in a battle for their time against all their other priorities. 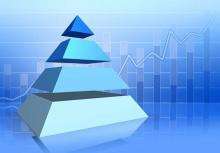 We all love the sales funnel…at least in concept. Visually, it’s the perfect model: Our leads pour into the top of the funnel. As they move through the middle of the funnel, marketing and sales both qualify the leads. And buyers flow out the bottom.

Six Ways to Warm up Results from Cold Calls 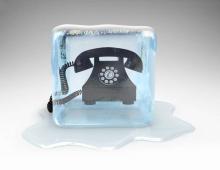 Many salespeople shy away from B2B cold calls because they “don’t work.” Most of them don’t enjoy picking up the phone and talking with a stranger who is not expecting their call. So it’s not surprising that so many reps prefer to believe cold calls are ineffective. The truth, however, is that cold calls fail to achieve results because they’re poorly executed.

B2B cold calling can be highly effective. If you rule it out, you’re missing an opportunity.

So how do you increase your success rates, making cold calling a worthwhile activity that’s fun to do because you get results? Here are six tactics that can help you. 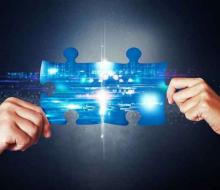 Sometimes it seems that for every technological advance, there is a counter-force at work. Take the telephone. It’s a strategic tool for B2B lead follow-up, telemarketing and telesales. But with the ascendancy of voicemail and its handy helper Caller ID, it has become increasingly difficult to get a live prospect on the line.

The Secrets to Engaging Business Buyers on the Phone

When you’re on the phone with a business prospect, you likely have a goal of creating a sales opportunity or making a sale. Since you have quotas to meet, it’s not surprising that you’re laser focused on selling.

The only way you’re going to sell anything to other business people, however, is to help them to solve a problem. So when you make a business phone call, imprint the wise words of Zig Ziglar on your brain. “Stop selling. Start helping.”

That’s the key to engagement.

That said, it’s easier said than done. You need to know the secrets to putting your prospect’s problem in the forefront. Here are six steps you can take during a business phone call to help your potential customer.

According to the Harvard Business Review, more and more sales organizations are shifting their resources from field to inside sales. That’s because inside sales is not only cost effective, but it is also delivering the goods.

This begs the question, “How do you get the most out of your inside sales initiative?”

Here are three inside sales techniques that put you in the driver’s seat, moving forward as fast as possible on the road to delivering increased sales.

The Essential Capabilities for Response Handling 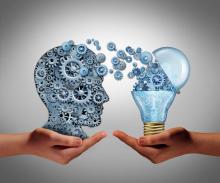 It is possible to have too much of a good thing.

Scarfing up a whole box of chocolates at one time, for instance, might fall into that category. A more work-related example is when the phone starts to ring off the hook. It’s what you always dreamed of, so how could you possibly have too many phone calls? If you can’t keep up with answering them, however, you have too much of a good thing. Another frustrating situation is when leads pour in from your latest e-book, and you can’t respond rapidly enough to the interest you’ve generated.

When you can’t answer your calls or follow up on content downloads, it put the results of your marketing efforts at risk. That’s because you’re 21 times more likely to qualify a lead that you call within five minutes than let response time stretch to 30 minutes. Those statistics are stunning but true. They are based on actual data from six companies within the InsideSales.com system that had followed up on over 15,000 leads with 100,000 call attempts.

It follows that you need to set yourself up for success in response handling. To do so, you need to be capable of taking the following steps.

Are your salespeople extroverts, introverts or ambiverts?

We tend to think of salespeople as extroverts with the gift of gab. A study, however, published in Psychological Science dug into the personality traits of those who are most successful in sales. It turns out that those who fall in the middle of the scale of introversion to extroversion, the ambiverts, are most effective.

Based on the sales of 300 salespeople over a three-month period, the ambiverts brought in an impressive 32% more revenue than the extroverts and 24% more than the introverts. That means even the introverts outperformed the extroverts. These stats raise an interesting question. Why are the ambiverts and introverts out-performing the archetypal salespeople —those who are outgoing, talkative and love the spotlight? 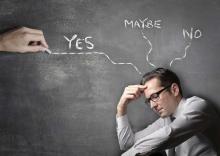 B2B sales acceleration is all about closing more deals faster. When people think about speed, technology often comes to mind. There are, of course, many technologies that accelerate sales, but there’s one that you may not have considered.

According to an article in Forbes by Ken Krogue, one of the keys to sales acceleration is to pick up the phone. While new, shiny tools are exciting to marketing leaders, in the end, what’s most important is increased sales.

It turns out that to help buyers buy, which is what you have to do to sell faster, you actually have to talk to them. What’s interesting, however, is that you don’t need to have a face-to-face conversation. This isn’t just speculation. Research proves it.

The Data Tells the Story

InsideSales.com showed that on average inside sales teams close deals in 69 days while outside sales take 144 days.

A little math is in order. Inside sales programs slash the sales cycle by more than 50 percent!

Why is inside sales so much more efficient?